Every fifth electric car built in Europe is "Made in Saxony"

The production of electric cars more than doubled in 2020 compared to the previous year. Germany and especially the automotive state Saxony are playing an increasingly dominant role. This is shown by the E-Mobility Dashboard 2020 from the Chemnitz Automotive Institute (CATI). In addition to detailed data on e-car production in Europe and especially in Saxony in 2020, the experts also give an outlook on production in 2021. 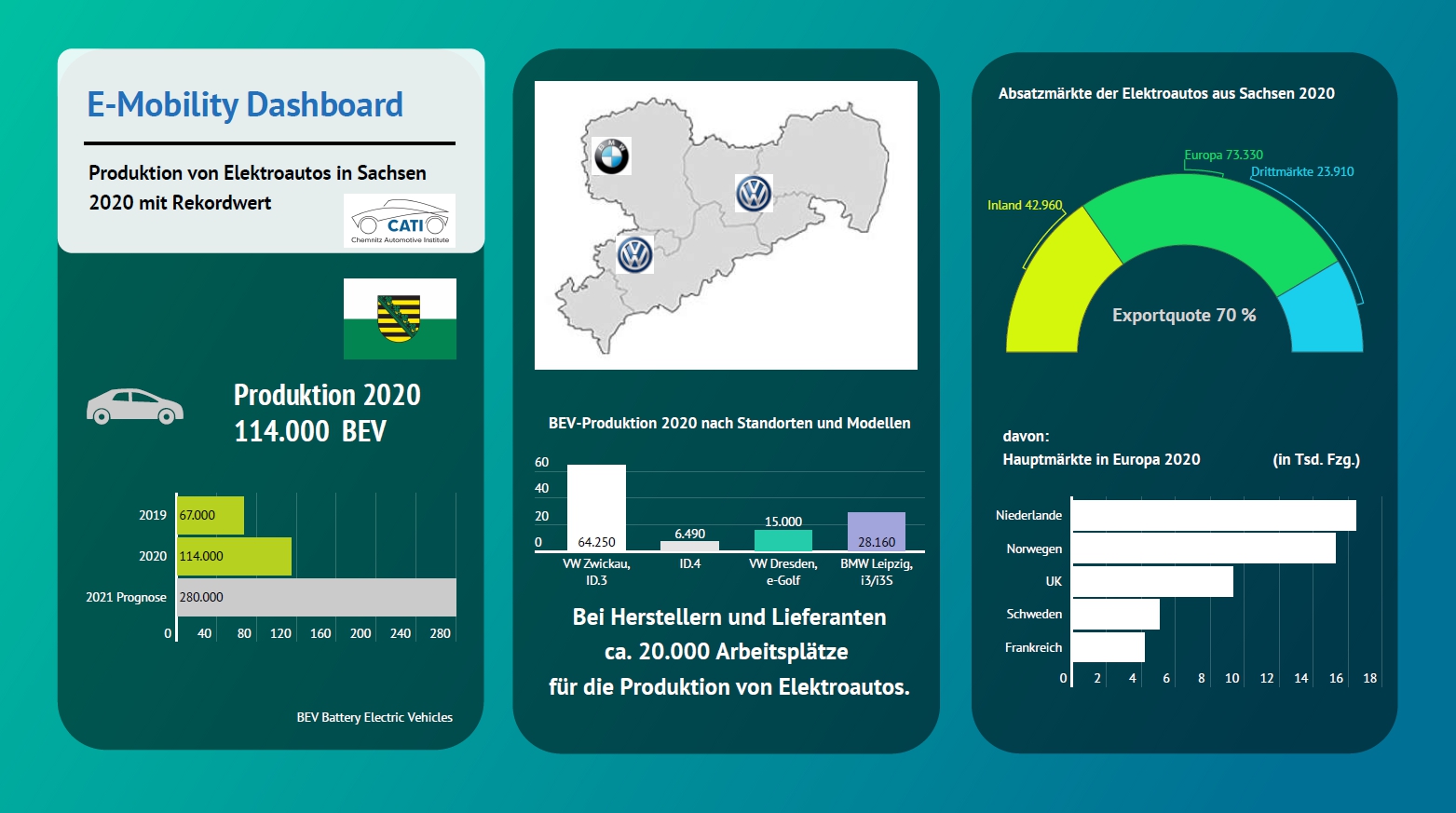 More than 600,000 battery electric vehicles (BEV) were produced at European locations in 2020 – an increase of around 325,000 vehicles compared to 2019. Of these, 114,000 fully electric cars rolled out of the Saxon plants of VW in Zwickau and Dresden and BMW in Leipzig. “In 2020, Saxony rose to become the top European region for the production of battery-electric cars. Around every fifth electric car built in Europe was ‘Made in Saxony’. The forecasts show that this year there will be more than every fourth electric vehicle, ”emphasized Prof. Dr. Werner Olle and Dr. Daniel Plorin from CATI. 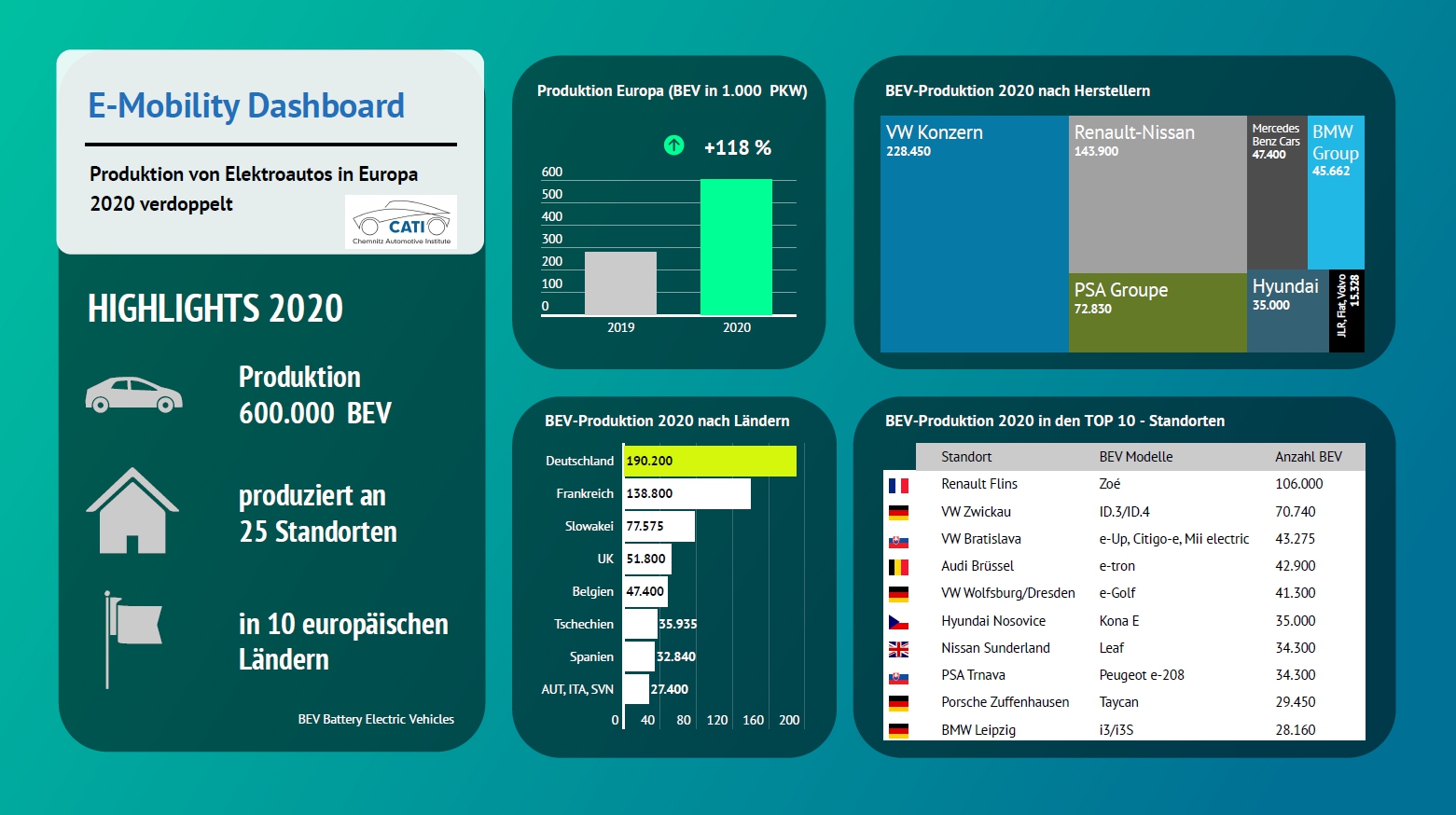 In the current year 2021, there will be further significant increases in the production of battery-electric cars in Europe. The experts at CATI predict an increase to a total of almost one million BEV, of which around 40 percent come from locations in Germany. According to Olle and Plorin, this order of magnitude of around 400,000 vehicles could be exceeded depending on the start-up of the Tesla plant in Grünheide. “In any case, Saxony is expanding its leading position. We expect another significant increase in all-electric cars produced in the region to around 280,000 vehicles in 2021. The VW plant in Zwickau will become the largest production site for electric cars in Europe this year. The production location Germany and the automotive region of Saxony are thus further expanding their leading position, ”said the automotive experts.